The Chūgoku region, also known as the San-inn or, shadowy area and San-yo, or shinny area is the westernmost region of Honshu, the largest island of Japan. It consists of the prefectures of Hiroshima, Okayama, Shimane, Tottori, and Yamaguchi. In 2010, it had a population of 7,563,428. Recently, people in the world forcus on Hiroshima which is the center of this region and has many sightseeing spots like A-Bomb-Memorial-Park and Miyajima Shinto Shrine.

Shikoku, literally "four provinces", is one of the five main islands of Japan. Shikoku is the second smallest main island after Okinawa. It is 225 km or 139.8 mi long and between 50 and 150 km or 31.1 and 93.2 mi wide. It has a population of 3.8 million as of 2019. It is located south of Honshu and north east of Kyushu. Shikoku is consisted of four prefectures; Kagawa, Tokushima, Ehime, and Kochi. People all over the world are attracted by it’s history of pilgrimage’s journey.

Click the area you visit on the map.
You can learn the general information. 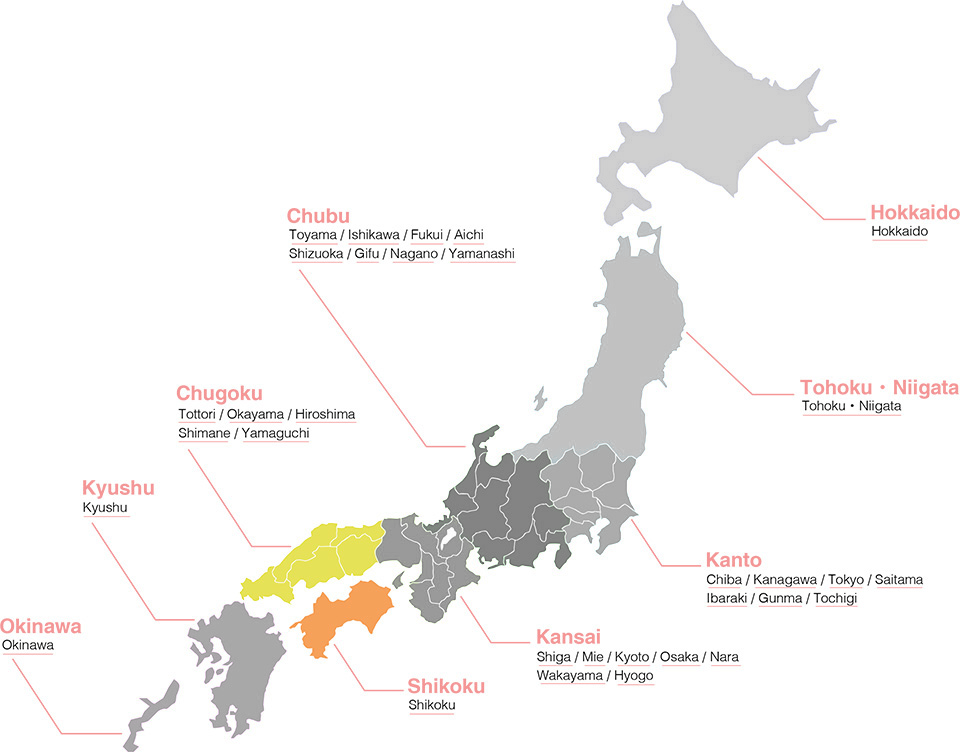