Kyushu, literally "Nine Provinces" is the third largest island of Japan's five main islands. Its alternative ancient names include Kyukoku,"Nine Countries".In the 8th-century Taiho Code reforms, Dazaifu was established as a special administrative term for the region. Since then Fukuoka has come to be the center of this region. As of 2016, Kyushu has a population of 12,970,479 and covers 36,782 square kilometres (14,202 sq mi). Kyushu is the symbol name of seven prefectures; Fukuoka, Nagasaki, Oita, Saga, Kumamoto, Miyazaki, and Kagoshima.

Click the area you visit on the map.
You can learn the general information. 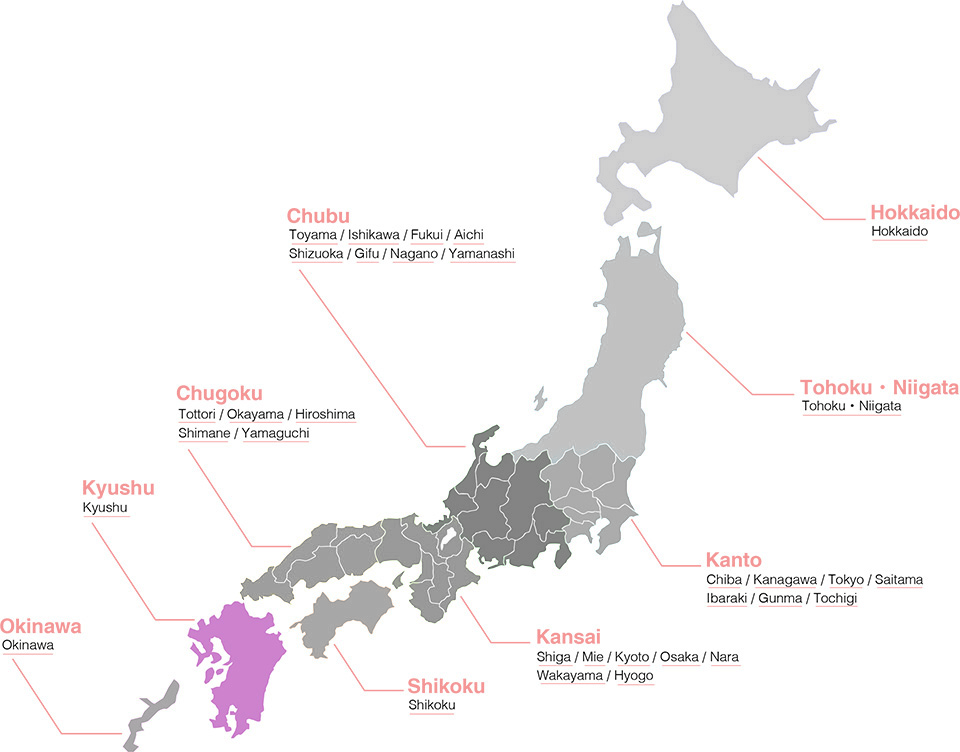